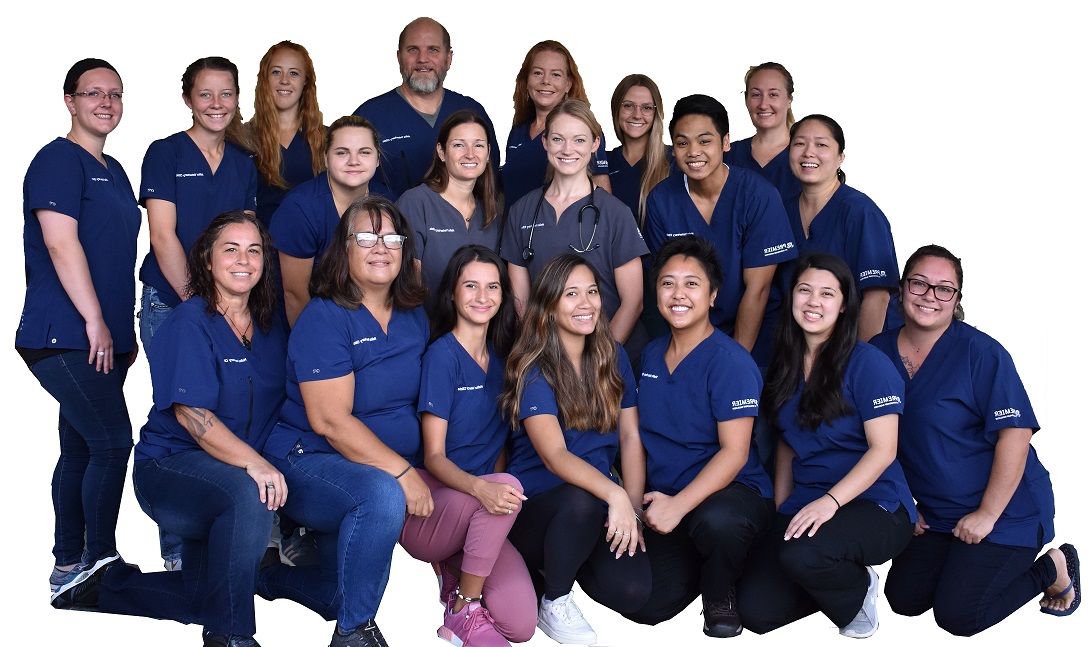 Meet the Team of Haiku Veterinary Clinic in Kaneohe! We’re pleased to provide exceptional vet care for your pets! 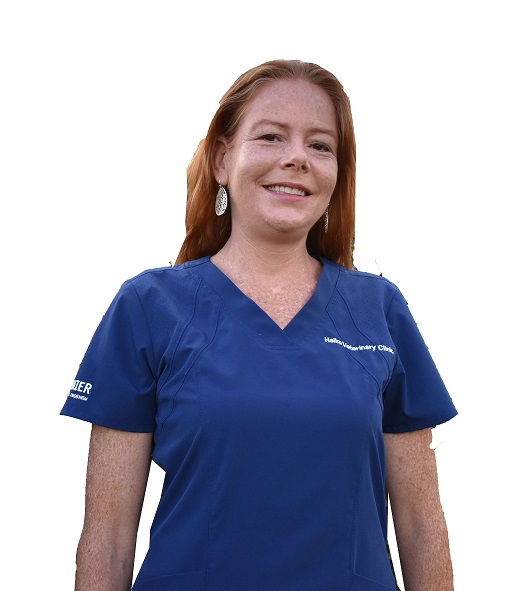 As a young child, Lisel was inspired to work with animals by her cocker spaniel, Charles Dickens. He was Lisel’s constant companion, allowing himself to be dragged to friends’ houses and brushed like a doll. The unconditional love that Charles Dickens demonstrated confirmed what Lisel had already suspected: that a career in animal care was the only choice for her!

Lisel was born and raised in Oahu. In 2000, she began here at Haiku Veterinary Clinic as a receptionist. It wasn’t long before she was asked to take on the position of Practice Manager. Now, Lisel’s passion for animal care has resulted in a rewarding 15-year career!

Around the clinic, Lisel especially enjoys watching puppies grow up, seeing sick animals get better, and witnessing families bond and thrive over their pets. Seeing generations of families grow up with their furry friends is incredibly special for her.

Lisel is a passionate horseback rider and loves riding in the rain, ranching, and working cattle. She also enjoys traveling, having bonfires on the beach, and spending time with family and friends. Lisel is active in the area’s volunteer community and sits on several boards, including the Windward Veterinary Technician Board; she’s been a member since it was founded! 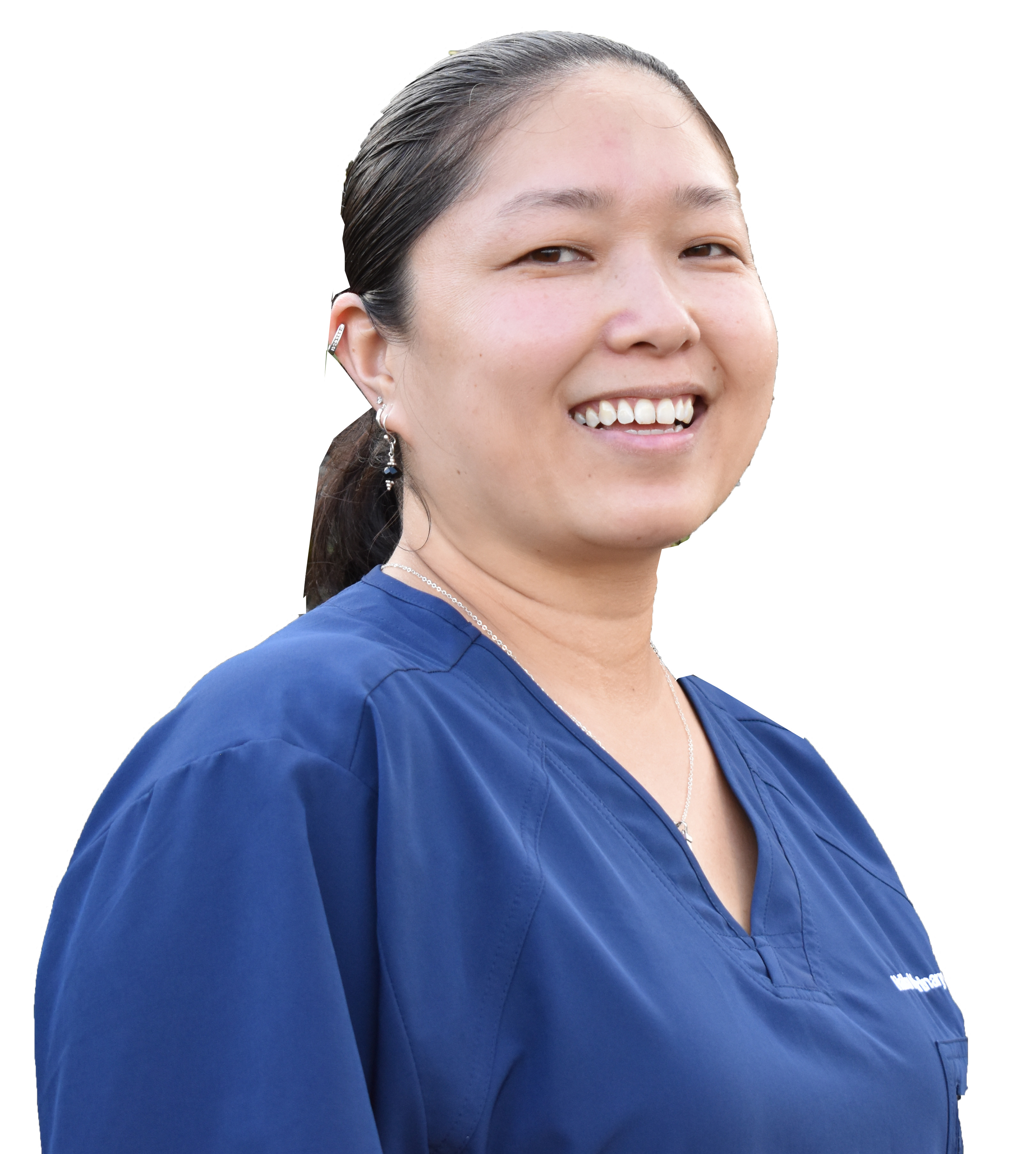 Pets were always a central part of Jeanne’s family as she was growing up. The older she got, the more she realized that she’d like to be more informed about their care. One of Jeanne’s most trusted friends regularly brought her dog here to Haiku Veterinary Clinic to see Dr. Elison, so she decided to apply for a job!

Jeanne serves as a Administrative Assistant here at the hospital. She enjoys studying medical conditions, administering preventative care, and educating enthusiastic pet owners about the best possible care for their beloved animal companions. She’s also passionate about serving alongside her compassionate and talented coworkers; nothing beats working with a team of animal lovers just like herself! 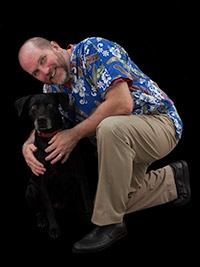 Growing up in California and Oregon, Kevin and his family always had animals around the house. He’s had a deep respect and love for pets since he can remember, and he’s turned his passion into a career spanning more than 20 years!

Kevin’s Veterinary Technician career began in 1994 when he applied for a job at his local vet’s office in East Honolulu. After four years of service there, he moved on to another clinic in 1998. After another six years, he began at a 24-hour emergency facility in Waipahu, staying there for six years and managing for five. At this point, Kevin had an itch to get back to more one-on-one care with pet patients, so he started here at Haiku Veterinary Clinic in 2011. Now he serves as the clinic’s Lead Veterinary Technician!

As a Tech, Kevin loves to see an animal in poor health leave the clinic feeling better. He’s particularly good at helping cats and dogs feel more comfortable—he’s even been called the “cat whisperer!” Kevin is also passionate about teaching others the fine art of Technician work.

Kevin and his wife, Sara, run an organization called the Love a Cat Charity, which helps control the overpopulation of feral cats in Hawaii. They care for about 300 cats on a daily basis! When he isn’t caring for animals, Kevin enjoys collecting stamps, crafting items from wood, and watching movies. 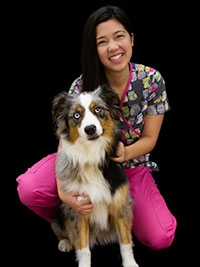 Tiana has wanted to work in animal care ever since she was a little girl—she’s been hooked ever since she saw her childhood cat give birth to kittens! Tiana is proud to care for the area’s pets and animal owners as a member of the Haiku Veterinary Clinic team.

From Waipahu, Tiana began her veterinary journey while shadowing a Veterinary Technician during high school. Through her shadowing, she learned of the Veterinary Technician program at Windward Community College and jumped at the chance to apply. Tiana attended the program for three years and graduated with her Technician’s certification in May of 2015.

Tiana first started here at Haiku Veterinary Clinic in March of 2015 while finishing up her studies, and was hired on as a full-time employee in June of that year. She is especially fond of working with clients, and doing labwork examining samples under the microscope, and drawing blood. 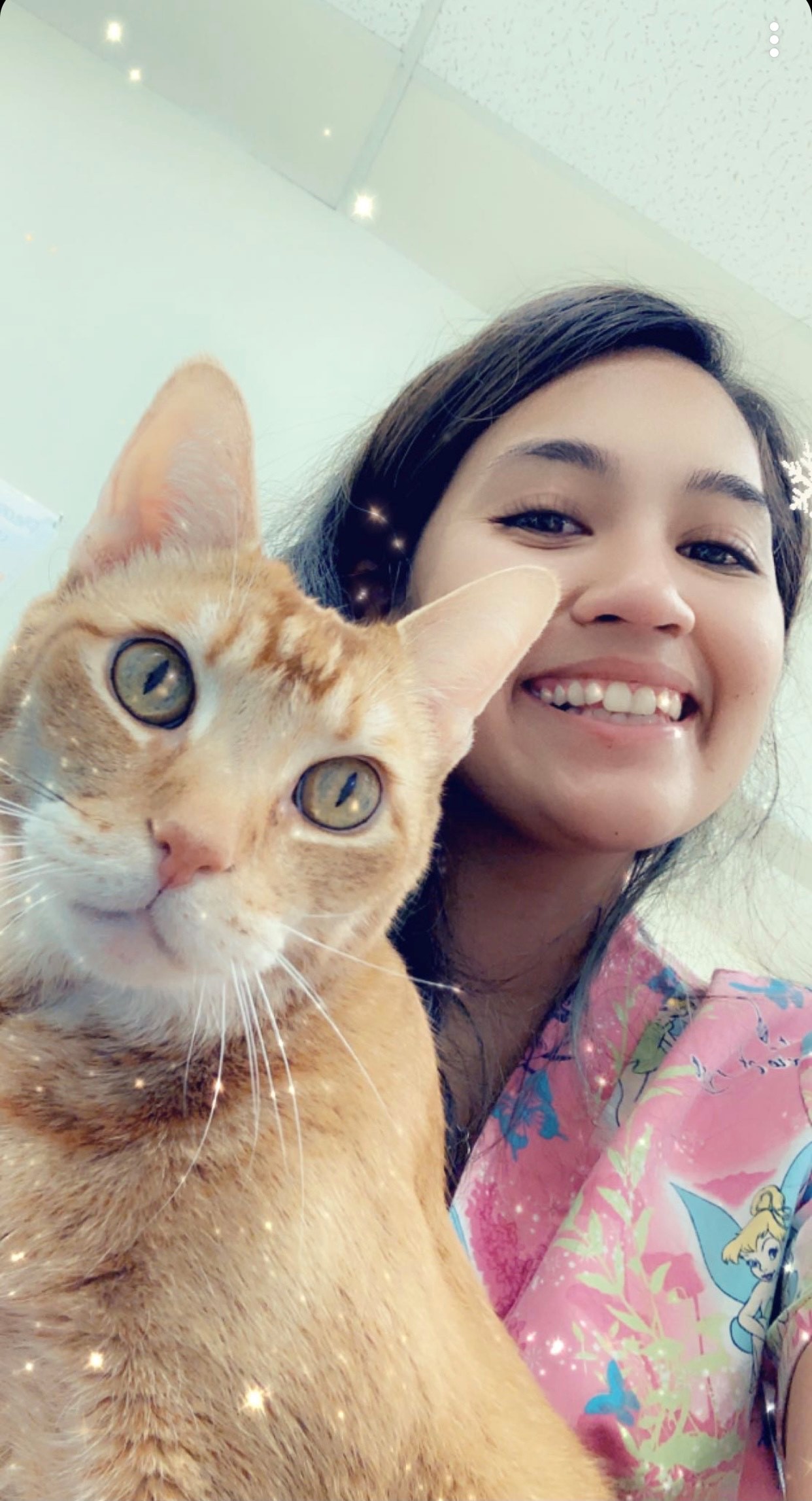 Jenee is a veterinary assistant and client care coordinator at Haiku Veterinary Clinic. She has worked in the vet field for 6 years. Jenee was born and raised in Hawaii and has lived in Kaneohe her whole life. She has had cats as a child and loved animals while growing up. When she was young her cousin and her would find animals and try to nurse them back to health. Jenee has 2 cats (Momo and Troubles) and a tortoise (Franklin). She has completed the first year of the Windward Community College Veterinary Technology program and plans to continue pursuing her education. In her spare time, she enjoys spending time with her 2 kids, going shopping or to the beach. 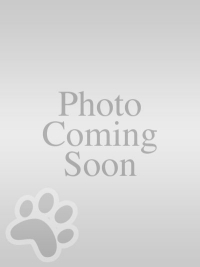 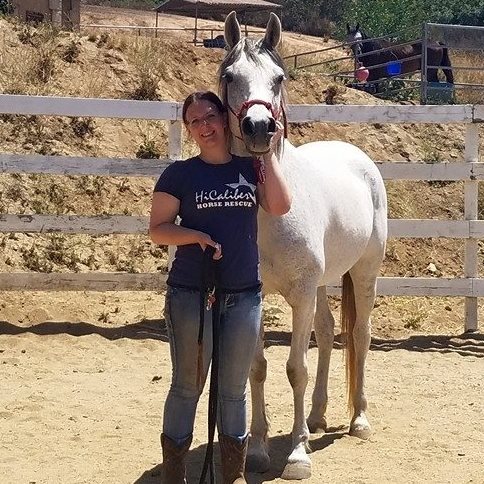 Ashley grew up with everything from dogs and cats to horses and goats—it wasn’t difficult for her to develop a deep-seated passion for animal care at an early age. She’s been volunteering at animal shelters since she was only 10 years old! Ashley now serves as Haiku Veterinary Clinic’s lead client care coordinator.

Ashley was born in Washington, D.C., and spent her childhood years in Maryland before moving to California after getting married. Five years later, her husband was assigned to a base in Hawaii—she’s been here ever since. Ashley has worked in animal shelters since the age of 17, and served in three separate facilities before joining the team here at Haiku Veterinary Clinic.

Ashley’s interests outside of animal care include horseback riding, reading, cooking and baking, hiking, and kayaking. She and her husband have two pets at home: Roxy is a feisty Chihuahua/dachshund mix who was adopted from the San Diego Humane Society, and Bruce the cat who was found on a busy street in Hawaii at only 3 weeks old. 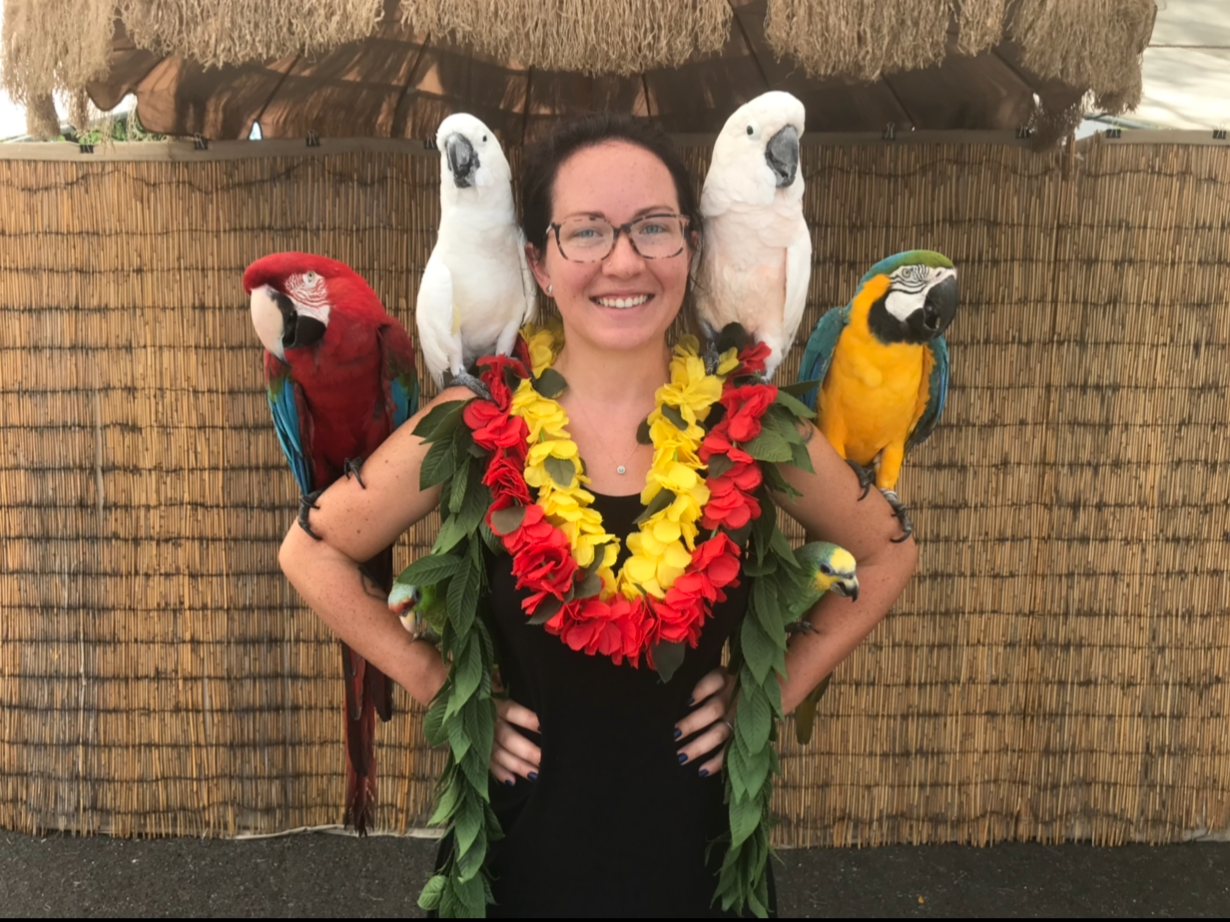 Ava started at Haiku Veterinary Clinic in September of 2020 as one of our client care coordinators. Ava started at a pet hospital as a vet assistant and moved to reception at HVC to have a hand in both client and patient care. She loves animals in general, but her dog Willow made her want to get into veterinary medicine. She wants to have firsthand knowledge of how to care for her past the everyday routines. Ava enjoys talking to clients and hearing about their pet’s improvements from sick visits.

Ava grew up in the country parts of Georgia with animals of all types, domestic, wild and exotics. Sha has always been interested in animals, and their effects on daily life for people and nature. She lives here with her husband, their dog Willow and 2 cats Flora and Kalua.

Ava’s interests are environmental impacts to wildlife and preservation. She enjoys going out and seeing as much of nature as she can, and really enjoys the sea life and snorkeling.

One of her notable achievements was when she was previously pet CPR and first aid certified and working at a boarding facility. That training helped to save a dog’s life who needed surgery for bloat. She still feels proud she was able to see the signs and make the call and the dog recovered and went home to her family. 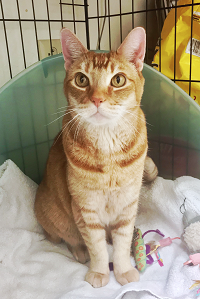 Tigger
The Clinic Cat aka The Boss

Meet Tigger! Tigger joined the clinic when he was nine months old, as an adopted kitty. Dr. Elison and the staff took him in and cared for him and he has been here at Haiku ever since! We consider him a big part of our Haiku family! Tigger is now 13 years old, and at times he can be a bit of a drama king.  He is the sweetest boy ever and his personality is one of a kind! You can find Tigger lounging around the clinic, hanging with the groomers, playing with all his toys and getting extra loving from the staff here! His favorite thing to do is yell(meow) at the staff to give him extra snacks!

IS YOUR PET UNWELL? TRY OUT OUR PET HEALTH CHECKER Learn More

(Our Temporary Hours, until further notice)